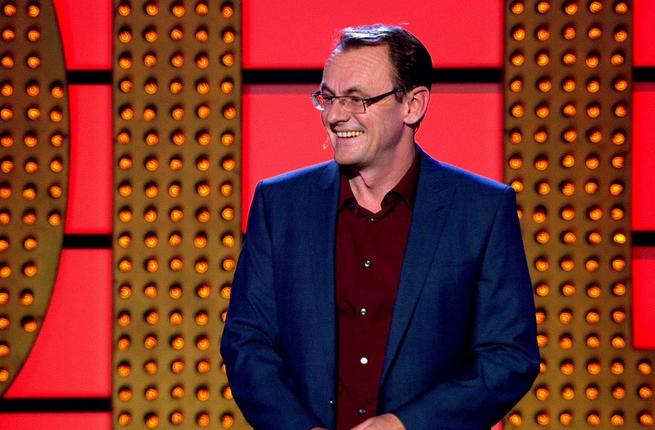 Sean Lock is one of the UK's most highly acclaimed and original comedians. The British Comedy Award winner has appeared on BBC1's Live At The Apollo, Michael McIntyre's Comedy Roadshow and Channel 4's Comedy Gala.

He has been a brilliant team captain for fifteen series of Channel 4's award winning panel show, 8 Out of 10 Cats.
Sean has also appeared on BBC2's QI and BBC1's Have I Got News For You, Channel 4's Alan Carr Chatty Man and BBC1's Friday Night With Jonathan Ross.
He also appeared with Jon Richardson in Channel 4's highly acclaimed two-part documentary The Real Man's Roadtrip: Sean and Jon Go West.

'Lock's signature mix of absurdism andeveryday observation gets more effective with each new show' that easily portrays life ups and down in a comedian accent that is punchy, inventive, superb as well as undeniably brilliant.

Out to Lunch Festival

We use cookies to ensure that we give you the best experience on our website.If you continue to use this site we will assume that you are happy with that. Ok