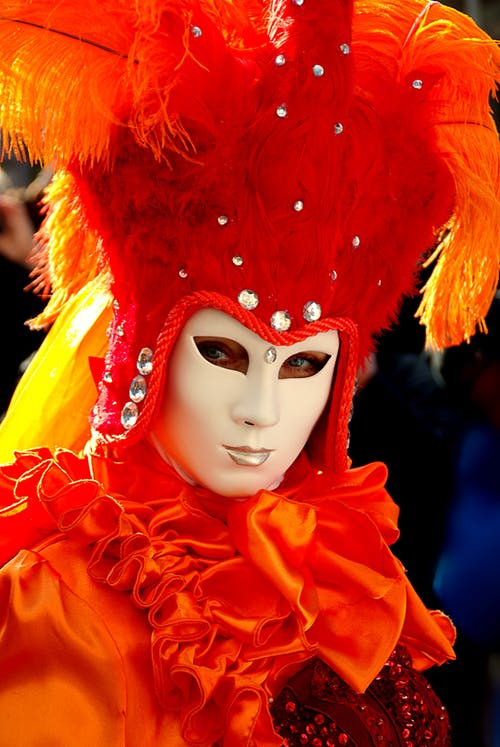 When it comes to culture and heritage, Italy is one of the few European countries that stands out, thanks to its diverse traditions. That being said, Italy also happens to be one of the most popular tourist destinations in Europe as well as the world when it comes to celebrating different occasions or festivals.

From flamboyant parades to exuberant displays of dance and musical performances, the carnivals in Italy have got them all.

Here’s a comprehensive list of some of the best carnivals in Italy you should visit during the month of February.

Being celebrated for over 145 years, the Viareggio Carnival is one of Italy’s most famous and vibrant carnivals. With an awe-inspiring display of multiple parades full of colorful and symbolic wagons, the carnival has been charming visitors and captivating their interests for over a century.

Designed and built by some of the most famous paper-mâché artists in the world, there are a total of 14 wagons in each parade. Each wagon is over 20 meters tall and 12 meters wide. Wagons of the first-class categories have dressed-up figures dancing on top of them.

The Viareggio Carnival’s fascinating and colorful display of parades, and its wagons, inspired by current local and world affairs, is not only a treat to the eyes, but also a delight to the human mind. It’s something that will move your heart and your soul.

Globally known for its elaborate masks, masquerade ball, and the way it engulfs the entire city of Venice in euphoric festivity, the Carnival of Venice (or ‘Carnevale di Venezia’ in Italian) plays host to over 3 million people during its two weeks long stay once every year.

The carnival hosts a plethora of festive activities for its visitors. Apart from the usual things you get to do and see in Venice, you can also intrigue yourself by indulging in the carnival specials. These include costume parades, costume and mask contests, free guided museum tours, and a lot more.

Plus, there is the masquerade ball which, although will cost you quite a lot of money, is something you shouldn’t miss out on.

Gear up for the Battle of the Oranges, 3 days prior to Lent, from the Sunday to Shrove Tuesday, Ivrea:

Known as the biggest food fight in Europe, the Battle of the Oranges takes place in the town of Ivrea where an estimated 9000 tonnes of oranges used as weapons or projectiles.

The residents of the town divide themselves into nine teams as they battle it out for something more important than glory and power - which is fun and amusement.

The Battle of the Oranges is a traditional carnival in Ivrea. If you’re visiting Ivrea with your friends or family members during this time, you’d not want to miss out on this.

The Foiano della Chiana Carnival is a pre-Lenten carnival which is famous for its eye-catching floats, upbeat atmosphere, and historical values.

The spirit of the Foiano della Chiana Carnival livens Arezzo. The carnival brings the people of the town together along with tourists and other visitors, and binds them together with its festive appeal and glorious traditions. The event is something that people of all ages and from all walks of life can enjoy together.

The Carnival of Cento is organized every year in Cento during the winter season. The Cento Carnival is a mixture of European and Brazilian carnival traditions with an origin that can be traced 300 years back.

The carnival takes place four Sundays before Lent. The carnival exposes the people to all sorts of colorful and jubilant festivities like dancing, music, floats, parades, and so on. The Brazilian Samba dance is one of the key attractions of the event. There is also the burning of the ‘Tasi’, a local mask which symbolizes the carnival. After the burning, the people are entertained with a spectacular display of fireworks.

The Milan Carnival (Carnevale Ambrosiano di Milano in Italian) is a special festival in Milan that follows the Ambrosian Rite. It is celebrated a week after the Venice Carnival.

The Milan Carnival offers its audience parades, concerts, street performances, music, dance performances, and much more. The main parade is a crowd favorite with all sorts of performances in the display.

If you’re planning to visit any of these cities during the time of the carnivals, make sure that you’ve booked your hotel in advance. You won’t believe how many people attend these carnivals until you see it with your own eyes.

So whatever you do, don’t go there without proper planning but do make sure you visit one or all of these amazing celebrations in Italy in February at least once in  your life.