Dussehra – A Kaleidoscope Of Colours & Culture 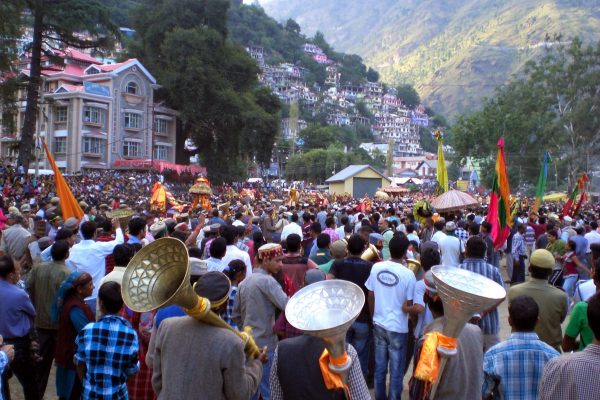 Dussehra – A Kaleidoscope Of Colours & Culture

If you want to truly enjoy culture and tradition, including some of the oldest traditions in the world, then the place you need to be in is India. Speaking of the country, there are so many festivals celebrated nationwide that draw tourists domestically and internationally. One such occasion is Dussehra where the festival contains a rich backstory as well as a lot of vibrancy and celebrations.

However, Dussehra is celebrated in different ways across the country. No matter which location you choose, Dussehra is sure to leave you spell bound. So what exactly is the back story?

Dussehra is a Hindu festival that draws its origins from the Ramayana, which happens to be one of the greatest epics of the country. According to many, Dussehra is celebrated to mark the victory of Lord Rama over Ravana who held Sita as a captive for 14 long years. Lord Rama, in excruciating pain as he is separated from Sita seeks revenge and slays the ten headed Ravana with immense difficulty.

Dussehra is always celebrated on the 10th day of the Hindu Calendar month of Ashvin. In the Eastern and North Eastern parts of the country, Dussehra celebrations are seen as a way to mark the end of Durga Puja. Large idols of Goddess Durga are carried towards the coast while many pilgrims march together singing praises and hymns of the Goddess’s victory in establishing Dharma (Good will).

In several northern states as well as southern states, Dussehra is observed as an occasion to celebrate the victory of Lord Rama. Several cities and towns organize a celebration where a huge structure of Ravana is erected with 10 heads and towards the peak of the celebration, the structure is lit on fire while fireworks grace the skies.

When do I witness this spectacle?

What you can imagine is just a fraction of the joyous celebrations that take place. This year, Dussehra falls on the Friday, 19th October. It is the perfect time as it marks the monsoon throughout a majority of states in India. The entire country will be a lot cooler in weather, making the celebrations more enjoyable.

Make sure you plan your vacation well in advance so you get to be a part of the celebrations and the parade, no matter which state you decide to visit. And before you get started, catch up on a little Ramayana to experience the magic thoroughly.