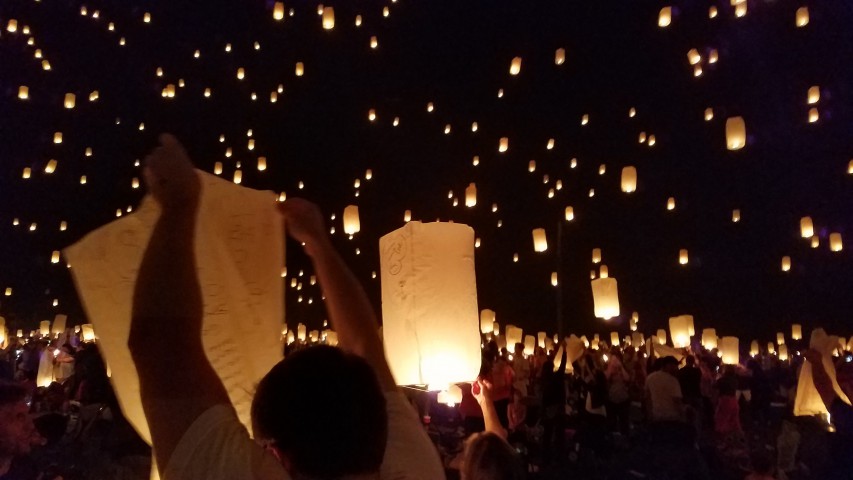 The Giant Lantern Festival is an annual festival celebrated in December, on a Saturday that precedes Christmas Eve in the City of San Fernando in the Philippines. The festival is called “Ligligan Parul” by the Kapampangan locals or natives. The festival was originally held in Bacolor which was just later transferred to San Fernando. Just as the name suggests, the festival features a competition of giant lanterns.

San Fernando, Pampanga is dubbed as the “Christmas Capital” of the Philippines as it draws crowds every December for its Giant Lantern Festival. During this period, the lanterns measured just about three feet, a sharp contrast with the almost twenty feet tall that can have 10,000 bulbs witnessed today.

There are twelve teams of designers and electricians from the region’s villages that build colorful, intricate lanterns, or parols, that go head-to-head in competition for Best Lantern before being exhibited in public spaces around the city. Each lantern is designed to put on a seven-minute light show, set to music, and is judged based on originality and design.

Light symbolizes an unwavering hope for local Filipinos, that’s why lights and lanterns are significant. Over the years, the lanterns were just an inclusion of disco lights which was further enhanced by designs. But, now the festival is a home for displays of creativity infused with originality and innovative designs.

The first Giant Lantern Festival was held to honor the then current Philippine President, Manuel L. Quezon. Because, during that time, the president converted and opened the famous Mount Arayat National Park that paved the way to tourism in the City which helped the locals prosper.

The Giant Lantern Festival is a must-attend festival that celebrates the Christmas spirit; a stunningly beautiful and eye-opening event as you’d see the City sparkling with rainbow colors during the night.